I think you will be surprised what items carry the most germs – I was!
After reading this article I think my home is currently a BIO HAZARD!

Only 50 bacteria live on the typical toilet seat. The toilet seat isn’t as dirty as you think.  In fact, the toilet seat is cleaner than most bathroom items. Dr Chuck Gerba, Professor of Microbiology at the University of Arizona, told the BBC that every toilet seat, on average, has 50 bacteria.

“It’s one of the cleanest things you’ll run across in terms of micro-organisms,” he said. “It’s our gold standard – there are not many things cleaner than a toilet seat when it comes to germs.”

Cleaning up its bad reputation, here’s nine household items that are dirtier than your toilet:

The chopping board is the worst offender when it comes to germs and bacteria.

“There is about 200 times more fecal bacteria on a typical chopping board compared to the average toilet seat,” Dr Gerba told Fairfax. The preparation of raw food creates the perfect conditions for germs. And, “wiping down a kitchen bench actually spreads the germs,” said Dr Gerba.

You wouldn’t eat out of the same uncleaned bowl every day, so why should your furry friends? Public health organization NSF International rated these dishes as the fourth dirtiest spot in our homes. To keep the bowl clean, wash with warm soapy water after each use or mix baking soda, salt and water and give it a good scrub.

Your mobile device is swamped with germs. Dr. Gerba told The Sun Herald, the gastroenteritis virus can last a month on the surface of your phone. Similarly, he said in the workplace “there are 400 times more bacteria on desktops and phones than toilet seats”. In fact, a 2011 survey found 75 per cent of Americans use their phone while on the toilet. Cleaning your smart phone is tricky according to The Wall Street Journal, so it’s probably best to keep it out of the loo.

Bacteria love munching carpet. Readers Digest said the average person loses about 1.5 million skin cells every hour, and your carpet has 200,000 bacteria per square inch, meaning the ground in which you walk on is actually an all-you-can-eat buffet for bacteria. Have your carpets steam cleaned at least once a year.

A bathroom handle has 21 times more bacteria than your toilet seat. A 2014 study found handles and knobs to be the highest points of contamination in a house. For cleaner handles spray with diluted vinegar or bleach solution.

The amount of bacteria on your handbag is enough to make you want to throw it out. Microbiologist Chuck Gerba told the ABC, “We found fecal bacteria you normally find on the floor of restroom,” he said. “We found bacteria that can cause skin infections on the bottom of purses. What’s more amazing is the large numbers we find on the bottom of purses, which indicates that they can be picking up a lot of other germs like cold viruses or viruses that cause diarrhea.”

The crevices in a sponge are the perfect home for germs to live. In fact, the kitchen sponge is 200,000 times dirtier than a toilet seat. Professor of Virology at the University of London John Oxford told the BBC, “The dirtiest thing by far is the kitchen sponge.” To get rid of those nasties, wet your sponge and zap it in the microwave.

Your towels are the dirtier than you think. Dr. Peter Barratt, of Initial Washroom Hygiene, told MailOnline, bacteria need three elements to thrive: moisture, warmth and organic material. “Obviously, towels get wet. They also often sit in warm, moist bathrooms and washrooms, and pick up dead skin particles during use, which provides the organic food material for microbes to live on,” he said. Wash towels at least once a week on a high temperature.

Just some things to think about!

Happy New Year! Wishing everyone a prosperous and joyous 2015.

I also want to take this time to announce two new stunning innovations in toilet seats from Topseat USA.

Both include Topseat’s amazing 3D high resolution used in all our high quality toilet seats.

For a close up look and more details, please check out the product pages under the Art of Chrome category and the Magic Motion category. Take a moment to share your opinions on these new designs and/or share your comments on one of your favorite of the many designs of toilet seats Topseat USA offers.  Thanks for visiting! 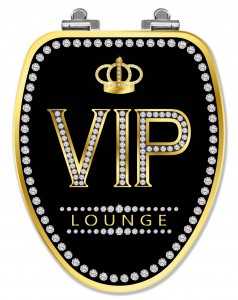 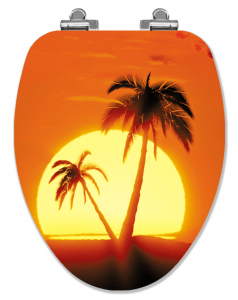